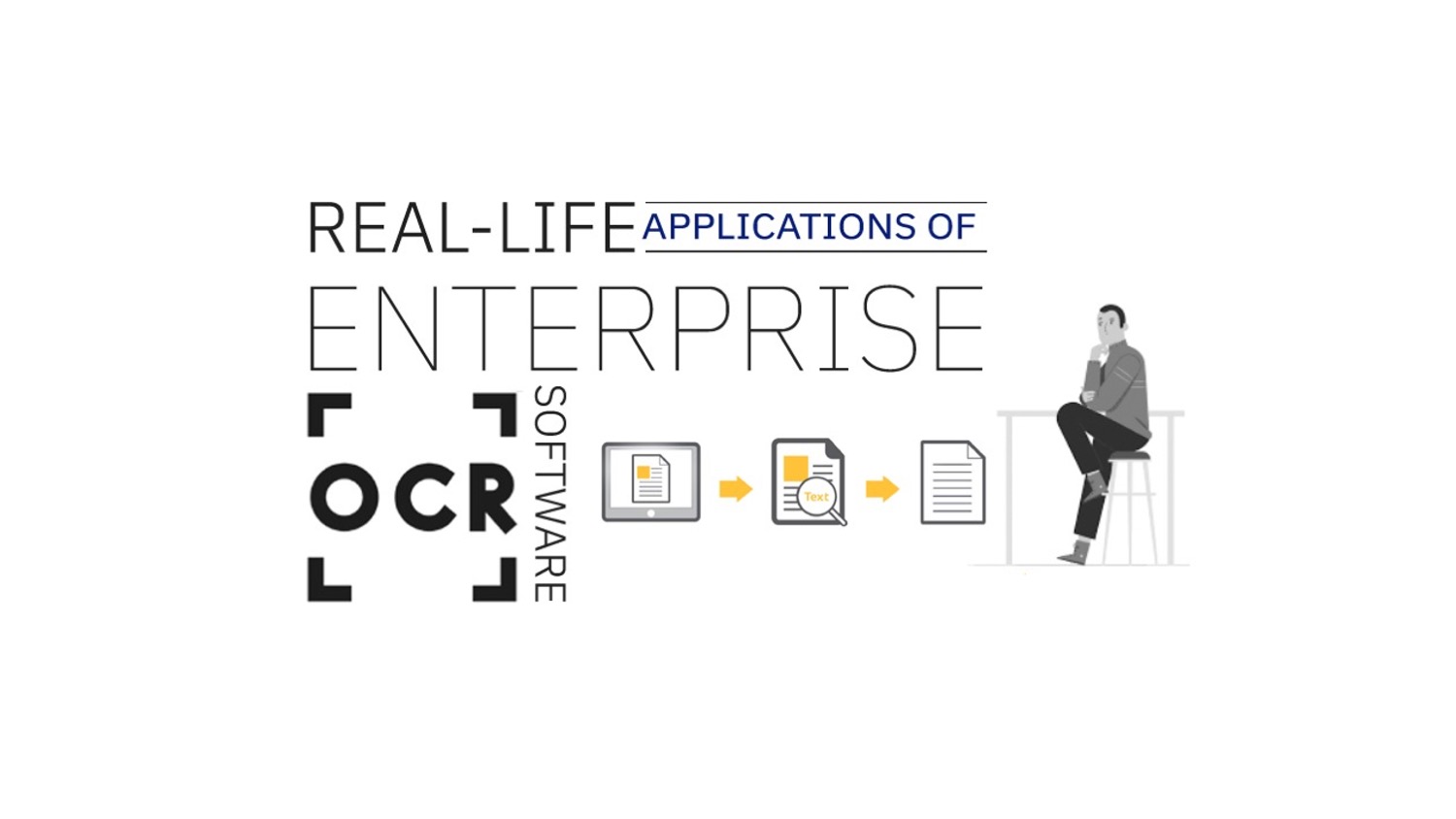 Enterprise OCR is a term used to describe software programs like KlearStack developed with the functionality and scalability necessary for significant organizations and service operations. Batch processing, multi-user and multi-server workflows, and security and compliance audits are just some of the features that can be found in these programs. At the business level, speed and efficiency are the names of the game. Thus these features are essential.

Studies in artificial intelligence, pattern recognition, and computer vision emphasize optical character recognition as a prominent field of research. It has developed into an advanced technology over the years since enterprise OCR was one of the early topics of study in artificial technology.

What Exactly Is Enterprise OCR?

Enterprises use this technology to identify text (written or printed) within images or physical documents, such as scanned pages. It then converts it into a form of text that can be read by a machine to be used for data processing. Text recognition is another name for OCR recognition. Enterprise Optical character recognition software, in a nutshell, assists in converting photographs or physical documents into a form that can be searched. Tools for text extraction, converters from PDF to.txt format, and the picture search feature on Google are all examples of optical character recognition (OCR).

When It Comes To Optical Character Recognition, What Steps Have To Be Taken?

The Enterprise OCR idea is an easy one to understand. However, putting it into practice may be difficult owing to several different circumstances, such as the vast diversity of typefaces or how letter creation can be accomplished. For instance, the construction of an OCR system might become more complicated when analog, non-digital handwriting samples are used as input rather than written text.

Top 5 Use Cases Where Enterprise OCR Is Useful

1.  Going Through The Process of Scanning the Documents

The first and most crucial step in optical character recognition is connecting the Enterprise OCR software to a scanner and scanning the document. Since it standardizes the inputs, examining the composition reduces the number of factors that need to be considered when developing OCR software. Additionally, completing this phase significantly improves the efficiency of the whole process by ensuring that the particular document is perfectly aligned and of the appropriate size.

2. Making Improvements To The Appearance

During this stage, the optical character recognition software will enhance the aspects of the document that need to be recorded. Any blemishes, such as dust particles, are removed, and the borders and the pixels are smoothed out to get a text that is uncluttered and easy to read. By doing this step, the application will have an easier time capturing the text being entered. It will be able to “see” them more clearly without distractions, such as streaks or uneven dark regions.

The refined picture document is then changed into a bi-level document image, consisting solely of black and white colors and identifying black or dark regions as characters. This image has no colors other than black and white. At the same time, primarily white or bright regions are recognized as making up the backdrop. This stage aims to apply segmentation to the document to provide the most accurate character identification possible. This will be accomplished by making it simple to separate the text in the front from the text in the background.

4. Recognizing The Roles of The Characters In the Story

At this stage, the dark regions are subjected to further processing to determine if they contain alphabetic or numeric characters. In most cases, an optical character reader will concentrate on a single character or a single block of text at a time. The recognition of characters is accomplished by the use of one of the following two algorithms:

Pattern recognition. To implement the pattern recognition method, the OCR software must first be populated with text using a variety of typographic styles and layouts. After that, the customized software is used to compare and recognize the characters included in the scanned document.

Feature recognition: To recognize characters in a scanned document, OCR applications use rules based on the attributes of a single letter or number. For example, the number of diagonal lines, crossing lines, or curves in a letter could be a comparison feature. For example, the capital letter “A” might be encoded as two diagonal lines intersecting with a horizontal line in the center.

5. Making Sure That The Information Is Accuracte

After the characters have been successfully recognized, the findings are cross-referenced, using the OCR software’s internal dictionaries to guarantee that they are accurate. The output of an analysis performed by an Enterprise OCR is compared to the content of the original version to determine how accurate the OCR is. The accuracy of an OCR may be measured in this way.

Case Analyses In The Utilization Of Optical Character Recognition

In 2022, when everything is getting digitalized and more sophisticated, numerous firms are using OCR tools like KlearStack to expedite company operations, increase accessibility, and promote customer happiness.

Below are Enterprise OCR’s top perks: